After the Hart House Finnish Exchange’s eight-day road trip through southwestern Finland, I settled into my summer placement with OP Financial Group, Finland’s largest financial services company. I was hired as a marketing trainee with OP’s International Insurance Services / Reinsurance unit, which works with reinsurance companies from around the world and Finnish companies who have locations abroad.

Since I began my traineeship in early June, I’ve helped develop marketing materials, assisted the unit’s underwriters with a geocoding project, and researched insurance market trends, such as increased cyber security and climate change risk. I’ve also had the rare opportunity to sit in on meetings and seminars that included actuaries and underwriters from companies based in the United Kingdom, China and Australia. Since I hold a bachelor’s degree in political science and will start a Master of Public Administration in the fall, it’s been amazing to learn more about the financial services sector in the Nordics and how OP collaborates with governments, overseas businesses and Finland’s communities.

When out of the office, the Canadian exchange group and I have attended events around Helsinki and taken day trips to Suomenlinna, Seurasaari and Tallinn. A few of us have plans to travel to Porvoo, Riga, Vienna, the Norwegian fjords, Berlin and Stockholm, too. Most recently, we stopped by the Helsinki Pride Parade on July 1, which featured 35,000 people marching together in support of LGBTQ rights.

That same day was Canada’s 150th birthday, a day celebrated wildly throughout Canada. After enjoying the Helsinki Pride Parade, our exchange group met up with other Canadian expats gathered at Hernesaaren Ranta, a large event space by the Baltic Sea, for a Canada 150 party organized by the Canadian Embassy in Finland.

The event boasted opening speeches from Finland’s Minister for Housing, Energy and the Environment, as well as the Canadian ambassador to Finland. There were also National Hockey League players and Royal Canadian Mounted Police among the crowd. But, most notably, our group met a former 2005 HHFE participant from Canada now living in Finland at the event, showing us how well-connected the exchange has stayed since the first Canadian group of students made their way to Finland in 1951. 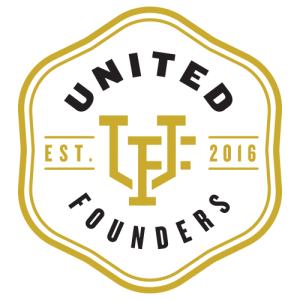