As a group of Canadians, living in a new country, even if it’s just for a few months, can be quite the experience. In the months leading up to the move, you’ll get to hear all kinds of facts, advice, and interesting points. Some may be true, some obviously aren’t. And they’ll come from all sorts sources, from friends to the internet to crazy relatives trying to give you a hard time… *cough* Dad *cough*.

One random thing one of us had heard was while having dinner with someone who had visited a Finnish cottage in Canada. They told about hitting each other with branches before going into the sauna. This seemed a little odd and was found to be difficult to believe. However, they met real Finn and asked about the branches who then confirmed it was true.

Easily the best/most random thing one member learned about Finland so far was the existence of the Moomins. They watched a few episodes after their friends kept telling them to watch it when they told them they’ll be living in Finland for the summer. An interesting thing that was pointed out about Finland is Latin news broadcasts. One of us saw a New York Times article(*1) last month that explained how the public broadcaster reads a handful of stories in Latin(*2) every Friday evening on the radio. For many older Finns, learning Latin meant being well educated, and some of the older generation are still quite fluent. It’s random and fascinating that a country so far from Rome is helping to keep the language alive. As someone raised in a Catholic family and only knowing small tidbits of Latin, it’s surreal to hear a report about the Helsinki airport renovations, or the Boston bombing suspects, in the language of the Vatican.

Something else that one of us heard about Finland is that they banned the cartoon of Donald Duck because he wasn’t wearing pants.  After looking into this a little bit, it seems it was more of a political thing where one candidate wanted to stop funding for the cartoon so the other said they were pretty much banning Donald (politics…).  But still, after hearing about all the sauna stuff, it was a little surprising to hear! 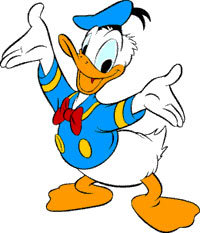 After almost a year of studying the Finnish language and culture, most facts one member of the group would have previously considered strange seem very logical now. For example, the sauna is really not the strangest place to give birth if you consider the fact that it’s constantly sanitized by steam; naming laws seem restrictive and awful until you consider that it’s probably for the best if a family whose surname begins with S is strongly advised not to name their child Anu. However, there are two Finnish things this group member has heard of, two ’sports’, that still remain in the realm of what they consider the totally bizarre: Kännykänheitto and Eukonkanto (cell phone tossing and wife-carrying, respectively).

We’ve always wound up reading and talking about saunas. One of us once read that there was one new sauna for every three new apartment units being built in Helsinki. We certainly hope there are so many saunas. We’re definitely excited to sauna! 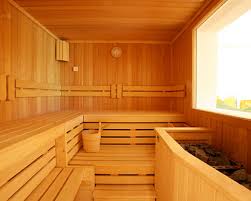 Finland is a country that even Canadians can perceive as shrouded in some sort of particular northern mystique. It conjures up images of nature, modernity, European urban-chic, enviable social safety nets, and by virtue of being of the old world, a fascinatingly complex and lengthy history. From a North American perspective, probably the most unusual aspects of Finnish culture we’ve been told to anticipate pre-arrival are the differences in communication—the toned down style of conversing versus the relative loudness and gregariousness which we’re accustomed to in Canada. As well the Finnish language has been described as one of the hardest to learn, and thus presents a little challenge for those linguistically inclined or slightly crazy. We’ve been told to look forward to common elements of our cultures, like the Finnish appreciation for nature and the outdoors. Canadians in general wouldn’t be unfamiliar with the concept of the sauna, and it is said these friendly Finns like hockey and enjoy a good drink just as much as we tend to. Of course, there are more differences and similarities to be discovered and enjoyed, and we look forward to them all!